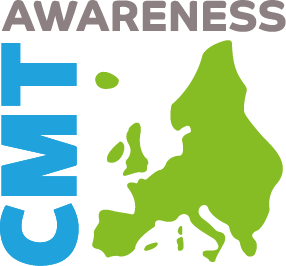 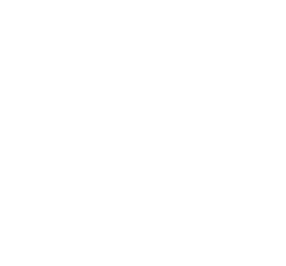 The rare, inherited, slowly progressive neuropathies that came to be known as Charcot-Marie-Tooth(CMT) disorders were described independently in 1886 by Charcot and Marie in France (1) and by Tooth in the UK (2).
Before molecular biology and genetic testing, CMT disorders were broadly classified into Type 1 (with abnormally low nerve conduction velocities, suggesting demyelination) and Type 2 (with normal nerve conduction velocities, suggesting axonal or neuronal degeneration).

In 1991, two research groups (3,4) independently discovered that the most common form of Charcot-Marie-Tooth Type 1 (Type 1A, CMT1A; OMIM: 118220; Orphanet: ORPHA101081) was associated with a 1.5-Mb duplication at 17p11.2, which includes the PMP22 gene coding for peripheral myelin protein 22.(5-7) Abnormally high, fluctuating and/or dysregulated (8) levels of PMP22 lead to disruption of the myelin and, ultimately, demyelination and neuropathy.
The estimated prevalence of CMT1A is 1 per 5,000.(9)

What are the main symptoms and features of CMT and what impact do they have?

Although the clinical onset of CMT can occur at any age, prolonged distal motor latencies are already present in the ﬁrst months of life, and slow motor NCVs have been found in some individuals by the age of two years. NCVs are found to remain stable after the age of six years.

The typical presenting sign of CMT is weak foot dorsiﬂ exion. Other early physical signs include depressed or absent tendon reﬂ exes in the lower limbs. The clinical picture also typically includes steppage gait, pes cavus (a cardinal feature found in up to 90% of patients), moderate sensory loss in the lower limbs, bilateral muscle weakness and atrophy below the knee.
Upper limb symptoms include muscle weakness (mainly affecting intrinsic hand muscles) and muscle atrophy. Decreased manual dexterity is common among patients with CMT. Sensory symptoms are usually less prominent and can be subtle. Impaired sensation is usually found in a stocking-glove distribution, with the legs more frequently and more severely affected than the arms. Involvement of large ﬁ ber sensory nerves leads to proprioceptive loss and thus balance difﬁ culties.Pain in CMT is more common than previously recognized, since it is reported by 55-70% of patients.

The pain is often musculoskeletal but can be neuropathic in some cases. Most commonly, around 20% of patients complain of musculoskeletal pain in the limbs (caused by joint/tendon pressure, and abnormal gait) and/or the back (caused by scoliosis). The foot deformities and gait impairments lead to painful calluses, falls, sprains and fractures.
These symptoms have an impact on mobility, quality of life (QoL), school/professional activities, and mental health. For example, it has been reported that 18% of CMT patients suffer from depression.Foot and ankle weakness, impaired balance, pain, and fatigue were reported by patients as most important disabling symptoms impacting their quality of life. Fatigue (often under-recognized) is reported as severe in 60% of adult patients and 24% of pediatric patients (in contrast to 14% in the general school-based population).
Women may show a greater deterioration in QoL than men,which may negatively
inﬂuence the attitude to child-bearing.

Until now, it has been generally assumed that life expectancy of patients with CMT was unaffected. However a recent Danish study of a large group of patients affected by CMT, and the ﬁrst to use nation-wide register-based data, revealed a signiﬁcant increase in mortality. A 36% higher mortality rate was reported among patients diagnosed with CMT as compared with the general population.

What are the available treatment options?

The treatment of CMT1A is necessarily multidisciplinary, with the neurologist coordinating input from a rehabilitational medicine specialist, an orthopedic surgeon, and physical and occupational therapists.

Given the current absence of curative or disease-modifying treatments, patient management in CMT1A is conservative and consists only of supportive care. It is based on a combination of technical aids and orthopedic devices (canes, splints, braces, orthopedic shoes to correct foot drop, etc.), physiotherapy (including stretching to prevent tendon shortening), occupational therapy, orthopedic surgery (e.g. for severe pes cavus), and symptomatic medication (e.g. for pain relief)).(5,11) Forearm crutches, canes or wheelchairs may be needed for mobility but use of a wheelchair will be needed for a proportion of patients.

Patients should undergo regular screening for foot pressure sores. If moderate physical exercise is well tolerated, it should be encouraged. Conversely, obesity should be discouraged, since it makes ambulation more difﬁ cult.
Lastly, medications associated with neuropathic adverse reactions, such as chemotherapy agents or ﬂuoroquinolone antibiotics, should only be used when necessary. The chemotherapy treatment vincristine should be avoided in all circumstances as it may be especially damaging to peripheral nerves and severely worsen CMT.(5,10)

WHO CAN HELP YOU FIND OUT MORE ?

Some of general practitioners, neurologists and podiatrist may be aware of the CMT existence, specific signs and medical care. Unfortunately, diagnostic errors are still very often nowadays.
During the awareness campaigns and at periods throughout the year, each European association provides information and advice for you or your family

SILENCE IS NO LONGER POSSIBLE!